Asia’s largest terrestrial mammal, the Asian elephant (Elephas maximus) is slightly smaller than its African cousin and can be distinguished by its smaller ears and more arched back. Found across the Indian subcontinent and Southeast Asia, this magnificent species plays an immense role in Asian culture as a symbol of wisdom and great power. For instance, in Hinduism, Ganesha has the head of an elephant and is one of the best-known and most worshipped deities. Despite the apparent respect we have towards this creature, the Asian elephant is endangered. Its population stands at around only 40,000; one tenth of that of the African elephant. 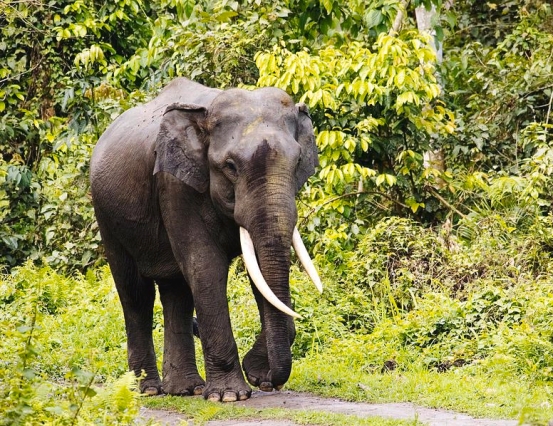 Elephants have a plethora of unique features that make them a true wonder of wildlife. Arguably, the most fascinating feature is their trunk. Their trunk contains as many as 60,000 muscles which they use for breathing, grasping, watering, feeding, washing, greeting, communicating, dusting, defence and offence. They may even use their trunk as a snorkel when submerged in water. Elephant trunks are a testament to the complexity and elegance of evolution.

The Asian elephant is split into three official subspecies: the Indian, Sri Lankan and Sumatran. I say ‘official’ because molecular evidence suggests Bornean pygmy elephants may also warrant their own subspecies. In terms of their ivory tusks, females usually lack tusks as do some males. Lacking tusks is somewhat a favourable trait due to the atrocities involved in the ivory trade. This destructive trade claims the lives of around 20,000 African elephants every year and is littered with corruption and cruelty. 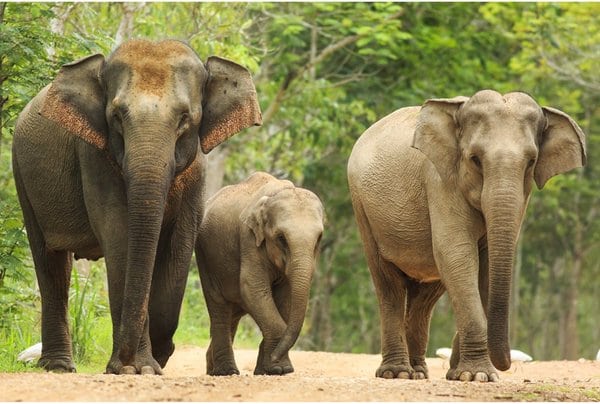 Elephants live in matriarchal herds consisting of females, their calves, and the matriarch (which is usually the oldest and most experienced female). Males leave the herd after reaching adolescence and form bachelor herds.

Ganesha, who I mentioned earlier, is commonly referred to as The Remover of Obstacles and for good reason. Asian elephants play a colossal ecological role within Asian ecosystems. They are a keystone species and help to maintain diverse and thriving environments by pulling down trees and breaking up thorny shrubs, creating grasslands and a buffet of vegetation. They also create water holes by digging in dry river beds, providing vital nourishment to countless other species. Furthermore, Asian elephants are nature’s gardeners. Feeding on 112 recorded plant species, they help to disperse an abundant array of seeds across Southern Asia. The droppings of these pachyderms are a natural fertiliser that supports healthy soil and high plant diversity. With their numbers so low, Asian ecosystems are at dire risk. 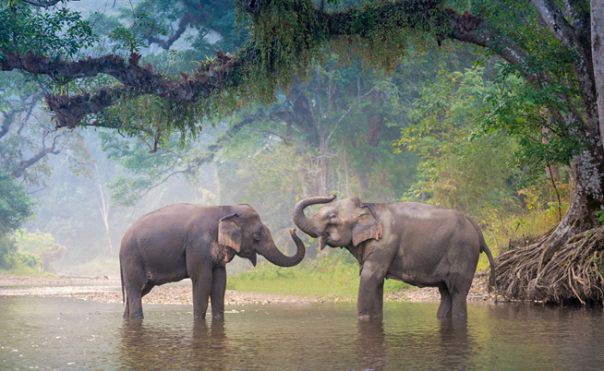 Habitat loss and fragmentation, poaching and conflict with humans puts Asian elephants in a vulnerable position. With palm oil plantations spreading across Southeast Asia like a plague, this species risks a complete loss in its native distribution. Logging, slash-and-burn and shifting cultivation are also threatening their habitat. As their population becomes more fragmented and isolated, they will become easier targets for humans. Their skin and ivory tusks are used in traditional medicines and are highly valuable in the eyes of many poachers. Although they are listed on CITES Appendix I (meaning trade in this species is strictly prohibited), they are still suffering from a declining population trend. Captive Asian elephants don’t fare well in zoos, they must be conserved in such a way that they can live a natural life free from monoculture and poaching. An iconic species with such cultural significance surely deserves our protection.

One thought on “The Asian Elephant”