Last Wednesday (27/02/19) was world polar bear day – a day dedicated to the world’s largest carnivore on land. The polar bear (Ursus maritimus) is a powerful predator, excellently adapted to the Arctic habitat in which it lives. Polar bears spend most of their time on Arctic sea ice where they hunt for seals. However, they are equally at home in the water. Their large front paws are webbed, making them strong swimmers. Polar bears have even been recorded travelling hundreds of miles from land. 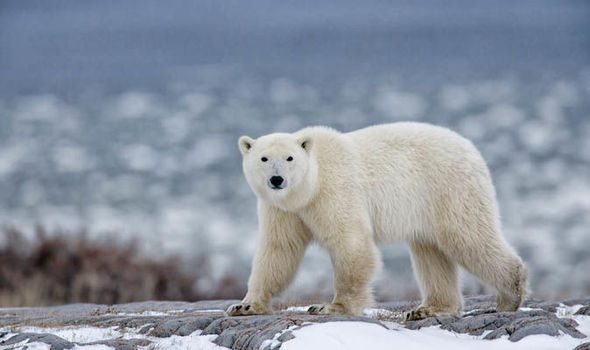 Polar bears are considered hypercarnivores – animals with a diet that is more than 70% meat. This differs from other bear species, such as the The Sloth Bear, which are omnivorous. Polar bears are apex predators – they have no natural predators (excluding humans). Their main prey are seals, especially ringed and bearded seals. Polar bears have developed an ingenious hunting strategy; they will stalk breathing holes and ice edges, waiting for an unlucky seal to poke its head above the sea-surface to breathe. Their extraordinary sense of smell allows them to locate seals, even below the ice. Once located, they crush them with a mighty blow from above, and drag their corpse onto the frozen ice.

Admired for their ability to survive the cold and bitter Arctic, the polar bear has developed a plethora of adaptations to help its survival. For one, polar bears have a thick white coat of insulating fur, which covers a warming layer of fat. This keeps them warm in the freezing Arctic Ocean, where winter temperatures can plummet to −50 °C. Their all-white body gives these bears great camouflage in the frosty white abyss in which they live. However, their actual skin is black. Black is the most effective colour to absorb the sun’s warming rays – another adaptation to stay warm.

Young polar bears are born in the peak of winter in a hibernation den dug by their mother. During her hibernation, she nurses her cubs for three months, breaking down her own body reserves to create rich, fatty milk. When spring arrives and their hibernation is over, the mother will spend the next two years teaching her cubs to swim, hunt, defend themselves and build their own dens.

During the summer months, the melting ice forces these mammals to retreat to land, where they may come into contact with humans. Unfortunately, as the earth’s rising temperatures obliterate more and more of the polar bear’s habitat, life for these creatures is getting much tougher. They will struggle to stealthily hunt seals on the thinner ice; mothers will have difficulty building suitable maternity dens without the ice thawing or the den roofs caving in. In addition, hostile interactions between polar bears and humans will become all the more frequent as the sea ice melts and starving bears move south to find food on land. The fate of the polar bear is ultimately in our hands – we should do all we can to help reverse the detrimental effects of climate change which threatens so many species around the world.

2 thoughts on “The Polar Bear”