The American Bison (Bison bison), also referred to as the American buffalo, is a large, even-toed ungulate which once roamed throughout the vast grasslands of North America in colossal herds but almost went extinct in the late 19th century due to bovine diseases and excessive commercial hunting for their meat and hides. 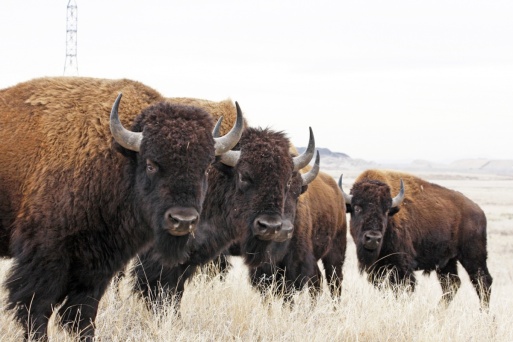 Bison are herbivorous mammals which feed on grasses, herbs, shrubs, and twigs. They regurgitate their food and chew it as cud before final digestion. Males (bulls) can weigh up to 1,000 kilograms (a tonne) whereas females (cows) don’t usually exceed 550 kilograms.

American bison live in relatively small herds but come together to form much larger herds during the summer mating season. They have a thick, dark-brown winter coat and a shorter and lighter summer coat which helps them to stay comfortable in the varying temperatures of North America. 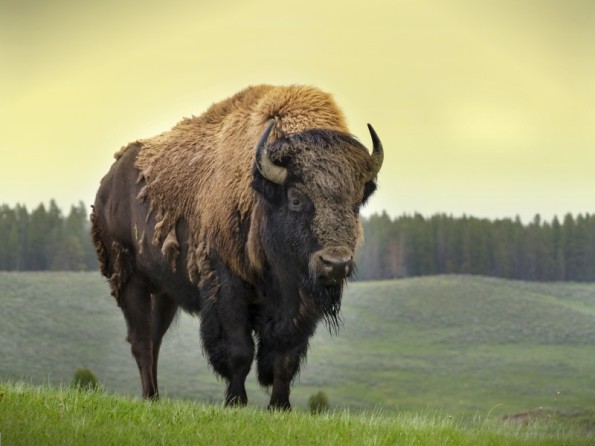 Culturally, the American buffalo was vitally important to the indigenous people of North America and they utilised each and every component of the bison’s body. For instance, their fat was used for cooking oil and soaps; their horns were used for cups, spoons and ladles; their tails were used for decorations, whips and brushes and their tongue was considered the best part of the meat. Before the 1800s, approximately 60 million bison roamed the plains of N.America but during the 19th century, settlers slaughtered over 50 million bison for food, sport and to deprive the native populations of their fundamental cornerstone. At the start of the 20th century, only a few hundred individuals survived the brutal massacre. Conservation areas were setup to help preserve this mistreated species and now their population is up to around 500,000. However, this number is still dwarfed by their original population and they are still considered a near-threatened species by the IUCN. Subsequently, these conservation projects must be continued and supported by us so the American bison may return to its former range.